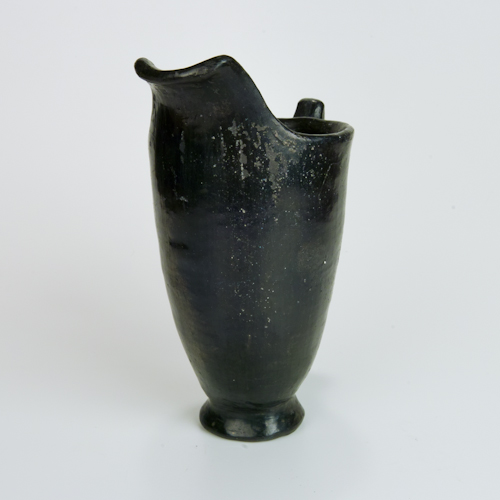 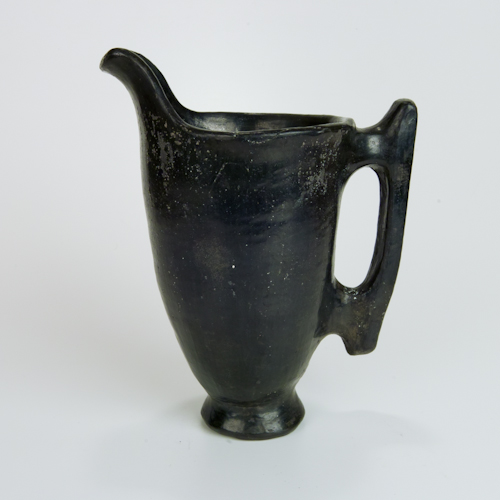 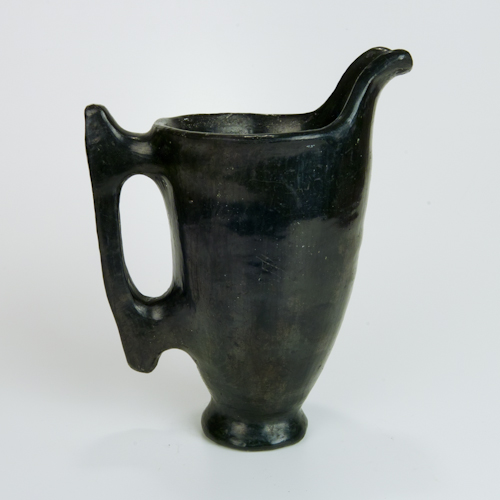 We purchased this small pitcher cup in the early 90s at an estate sale of a prominent, well traveled family who lived in Cincinnati along with another pitcher and a simple, similarly styled and fired black bowl. We believe it to be from the late 40s or early 50s purchased among other significant treasures from a trip west before their children were born and raised. The clay, glaze and firing are indicative of Pueblo pottery, particularly San Ildefonso, such as the black on black pottery made famous by the late Maria Martinez. While this piece exhibits less stylization, and unfortunately no signature, we believe it, and the other objects procured simultaneously, were made in the same era as Maria Martinez’s early work.