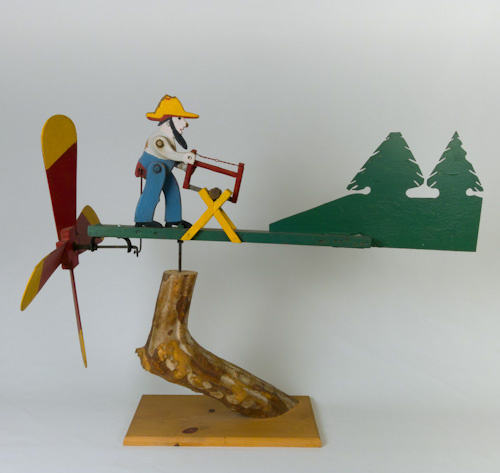 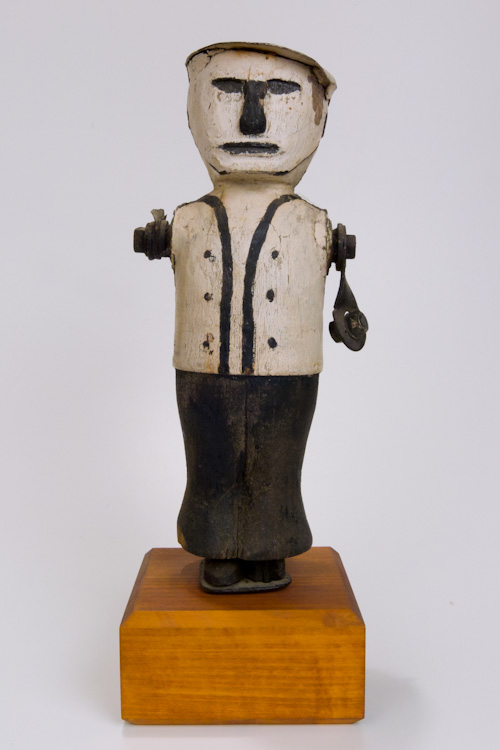 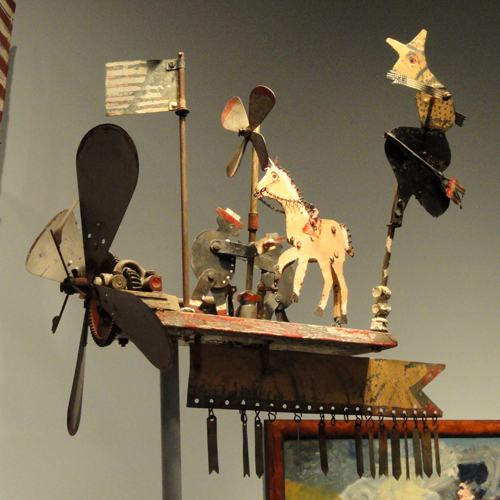 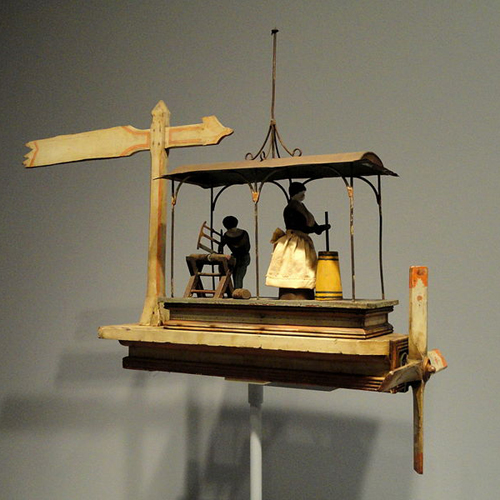 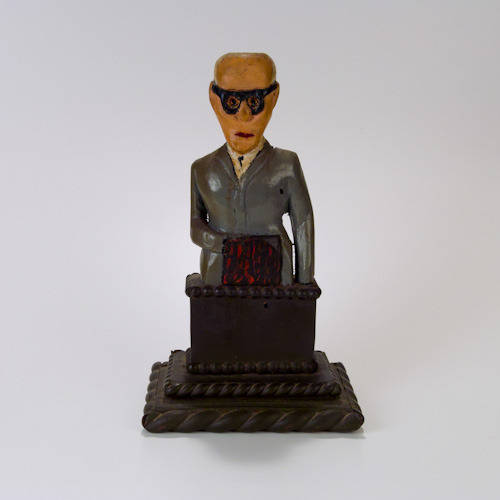 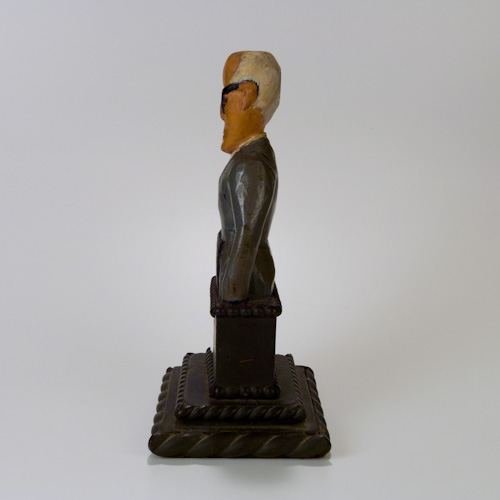 This figural painted wood carving by the artist Jack Phelps, was originally discovered in the late 80s at an antique dealer who specialized in folk art at their shop in Lebanon, Ohio. Lebanon is a small town that touts dozens of independent dealers and antique malls specializing in collectibles whether glass ware, furniture, house wares, ….

Although we have attempted over the years to discover something, anything about the artist who inscribed his signature and “Jamestown, KY” on the bottom of the base of this piece; we are as yet  unsuccessful. Our best guess is that this carving was for, or of, a lodge member of a fraternal society.

Given the patina and primitive carving on this piece we believe it to be from the 40’s to 50’s. 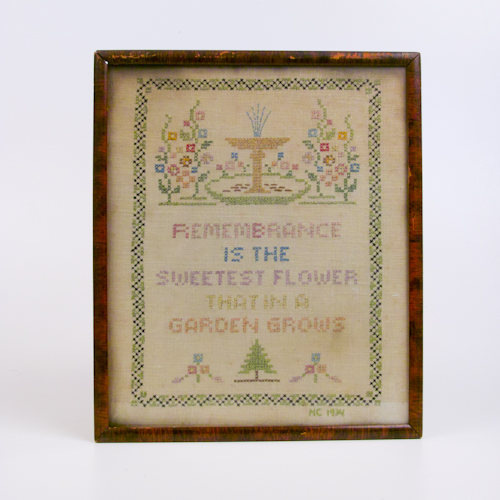 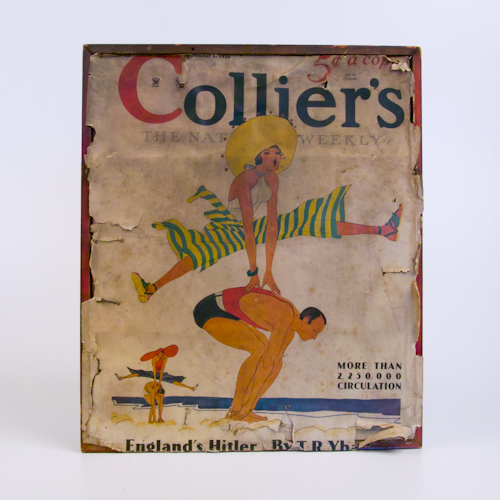 This sampler with lovely sentiment is highly collectible. It was found, still in its original broken frame with this graphic Collier’s Weekly frame backer. It could be disassembled and gently washed and re-framed. It reads, “rememberance is the sweetest flower that in a garden grows. NC 1934.” 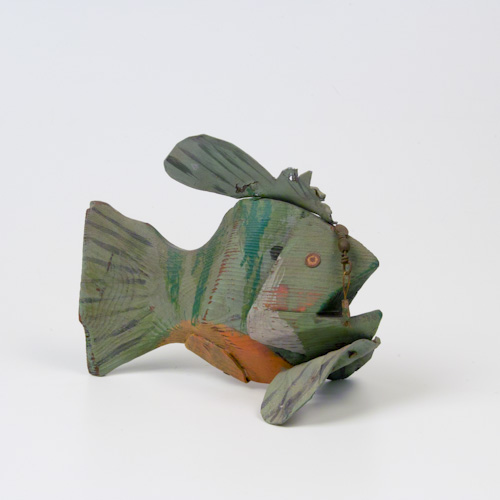 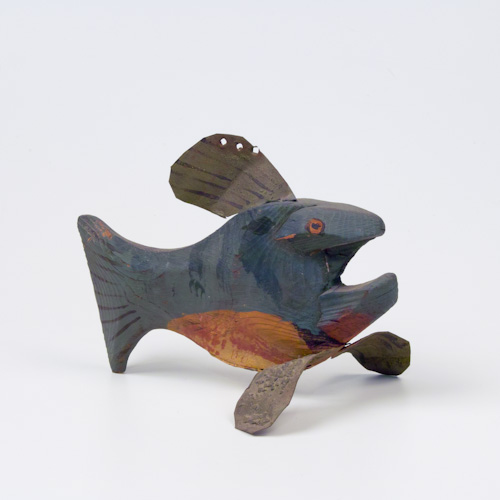 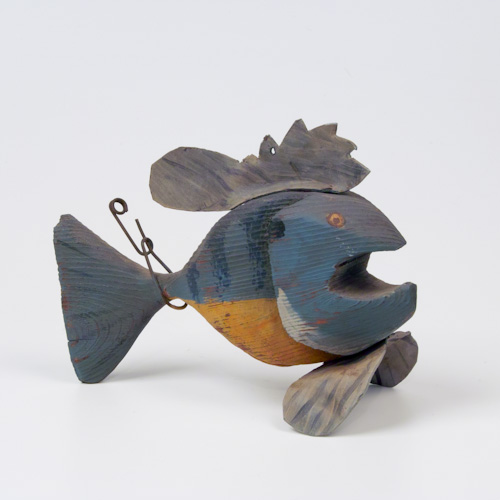 Don’t know exactly how old these three whimsical and primitive folk art decoys are but we have had them for over 20 years. Painted to resemble blue gills, their bodies are made of wood and fins of tin metal. They are not only highly collectible but great pieces of primitive folk art around which to start a collection or add! 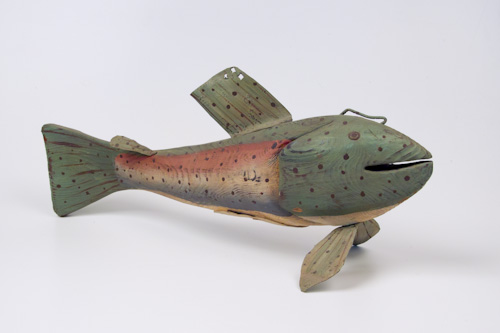 Don’t know exactly how old this whimsical primitive folk art decoy is but we have had it for over 20 years. Painted to resemble a rainbow trout, its body is made of wood and fins of tin metal. It is not only a collectible but great piece of primitive folk art around which to start a collection or add!