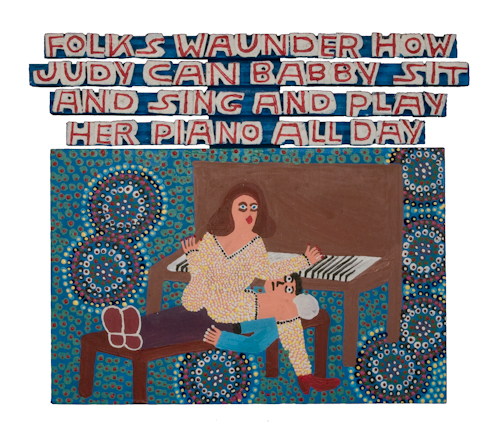 Self Taught, Outsider, and Folk Art” by Betty-Carol Sellen describes James Harold Jennings as having been raised and “lived with his mother, a school teacher, until she died in 1974.” Jennings works ranged from bird houses, ferris wheels, angels; all colorful constructions. He used graphic symbols some target like, resembling pointillism, often included verbiage which added luminous humor to the assemblages. His “Tufgh” women beating up on men were frequent subjects for his apparently bawdy sense of humor. 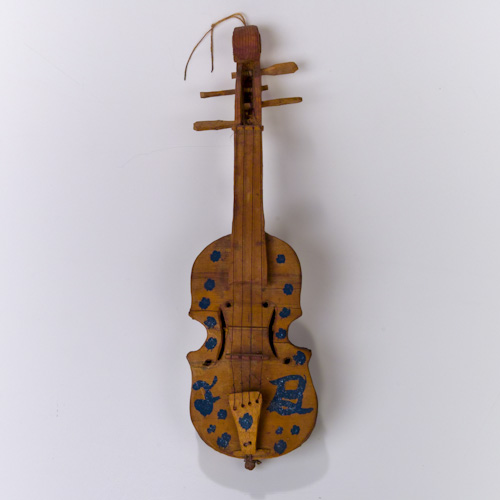 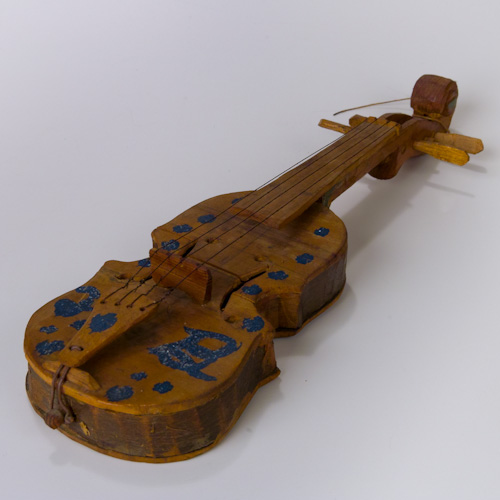 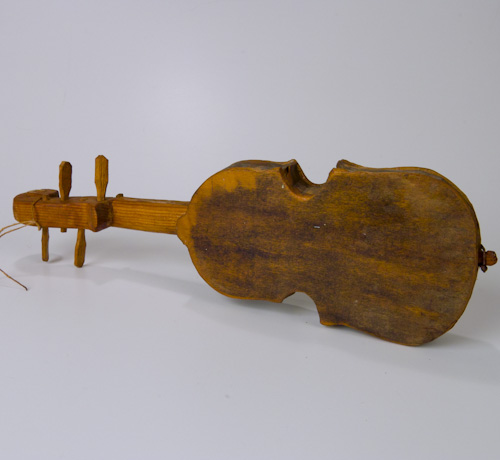 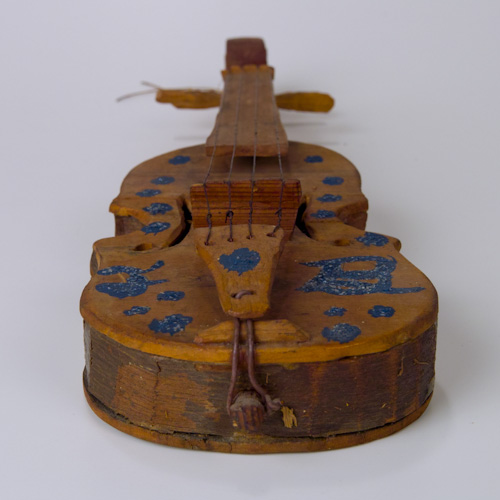 We discovered this sensitively made miniature violin at an antique “mall” east of Huntington, West Virginia in the middle 1980s. It was documented as being made by Joe Byrnside in Boone County, West Virginia, circa 1940s.

It is made of bent and carved wood, with decorative paint illustrating the maker’s signature J and B. The delicate metal “strings” are attached to the tail piece traveling over the bridge, up the neck and tightened over the tuning pegs. It also has F holes and a lovely scroll on which a short piece of old string, perhaps for hanging, is attached. The skill set shown indicates a true understanding of both the musical instrument as well as its construction. It is in excellent condition, all original to the maker’s vision and hand. 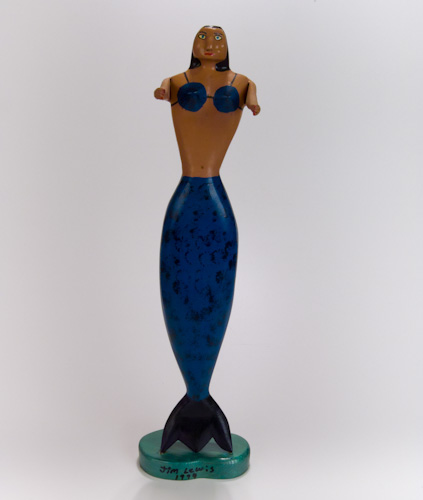 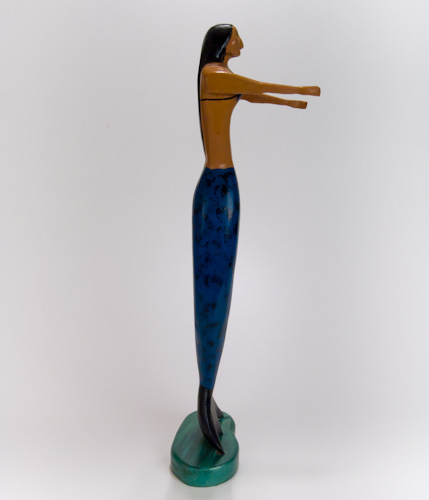 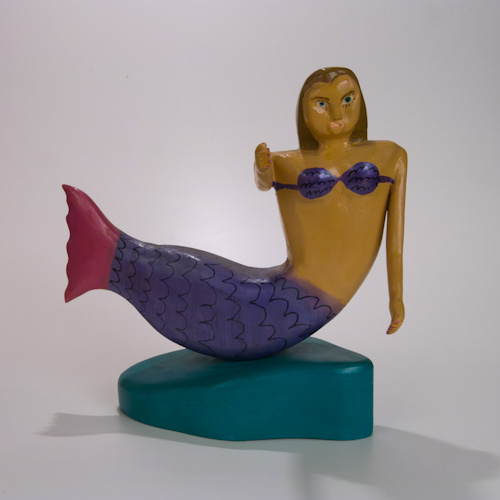 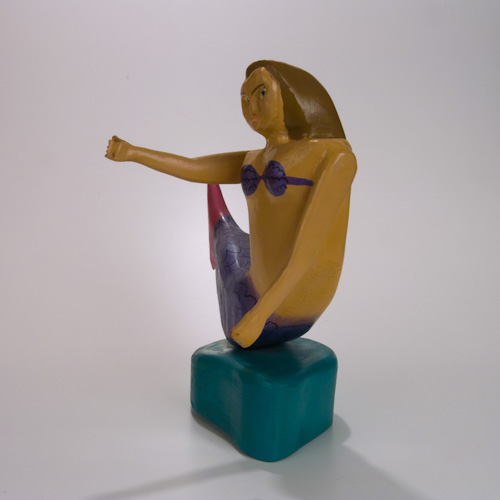 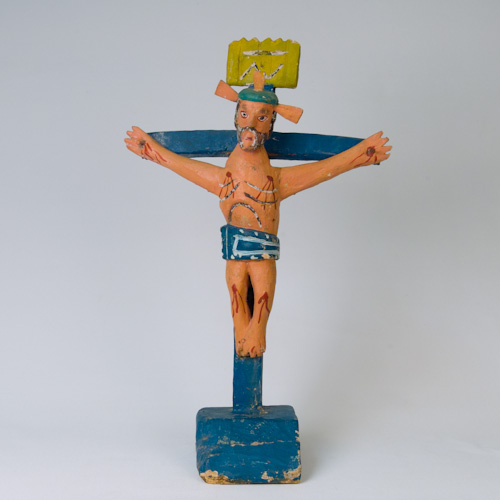 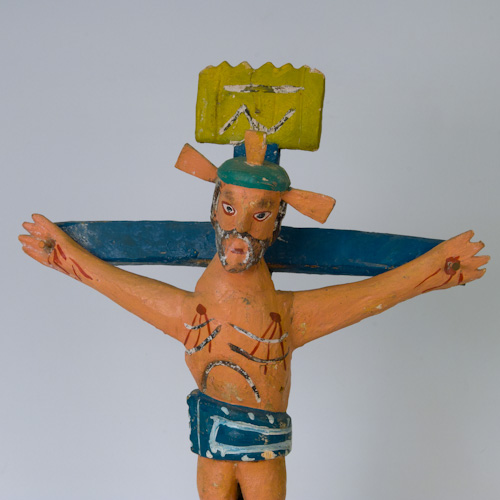 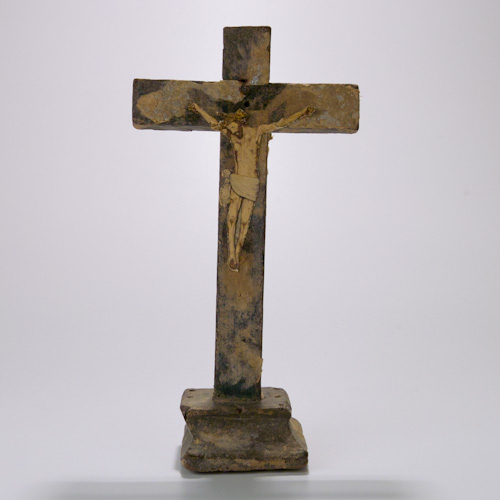 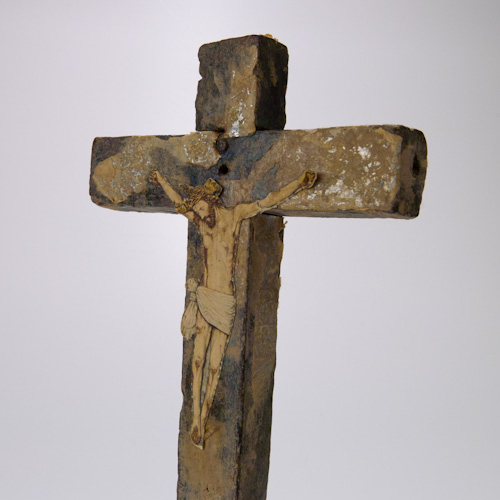 We purchased this beautiful cross at an antique dealer’s booth in Cincinnati in the middle 80s. It appears to be an old wooden cross that was repurposed for a handmade crucifix assemblage. The dealer purchased it while in Ecuador years before our purchase. The assemblage is quite unique. The original cross and base are very old, wooden. There appears to be a previous coating of a silvery metallic guilding. Much, but not all of this is worn away revealing much of the wood. Someone, prior to the dealer’s purchase, applied a paper image of Christ on the cross to the front of the cross. This is the condition it was in at the time of its discovery at the antique mall in Cincinnati. There is an old nail driven through the bottom of the base which adjoins the cross. The assemblage and its lovely patina make this an especially interesting cultural and historical relic. 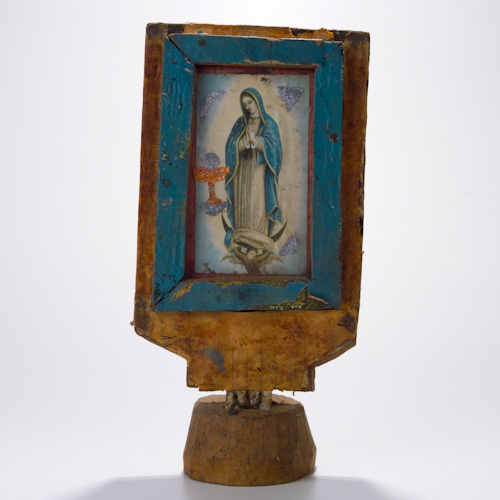 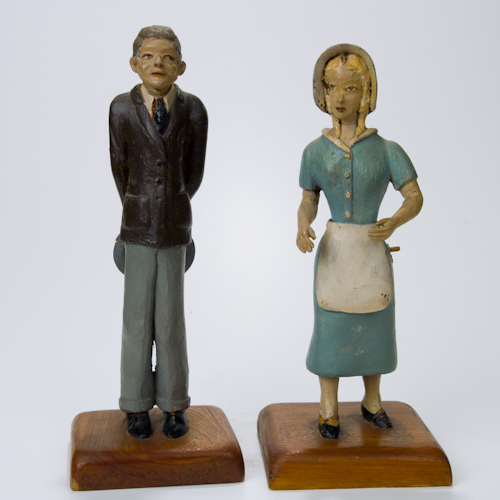 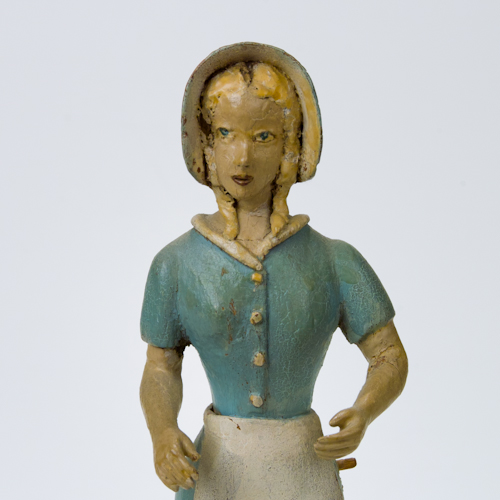 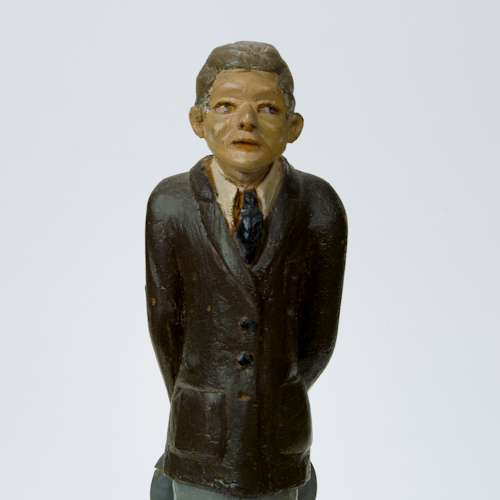 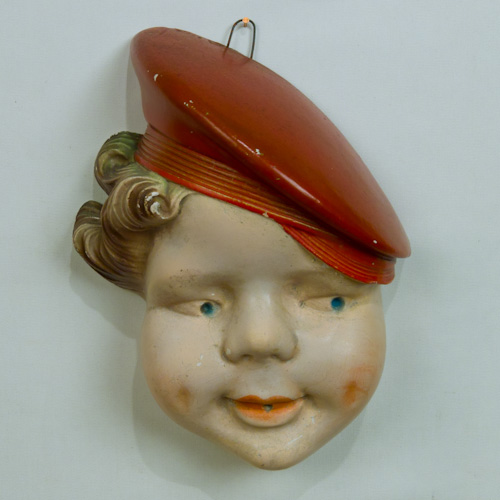 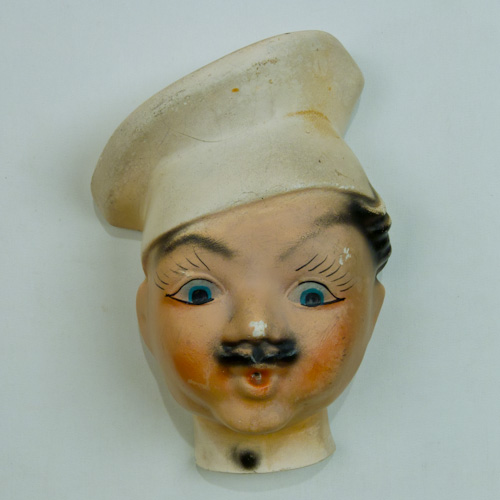 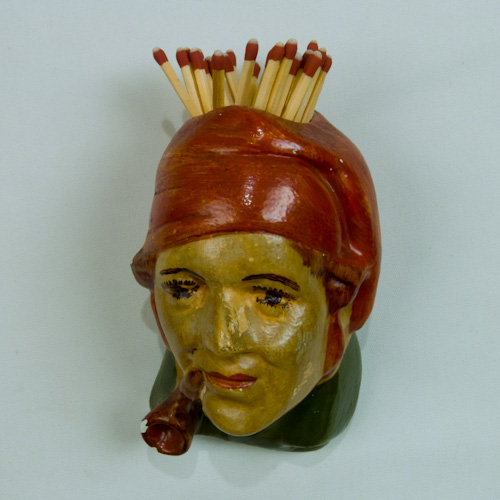 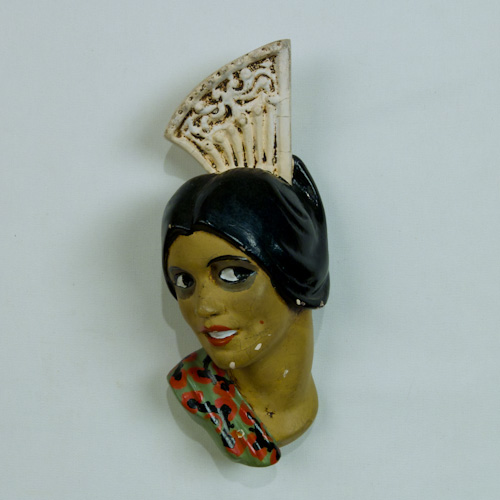 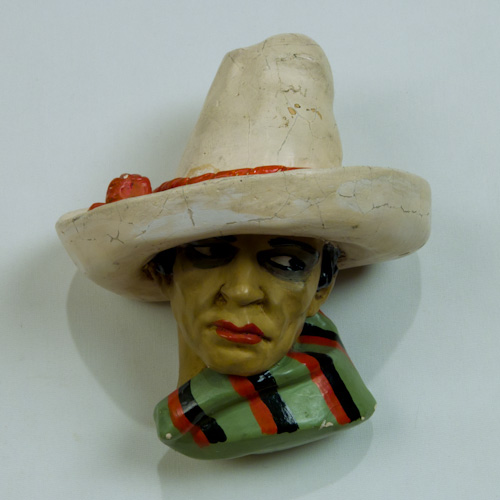 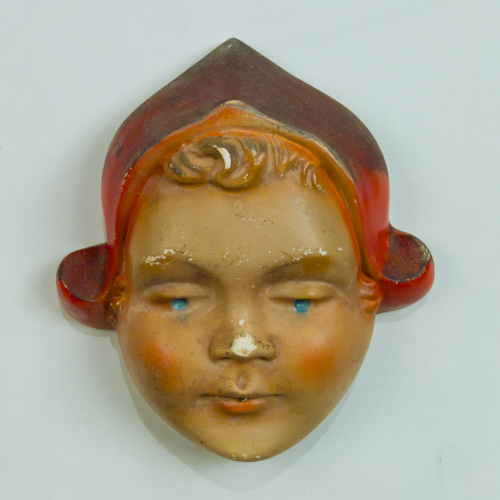