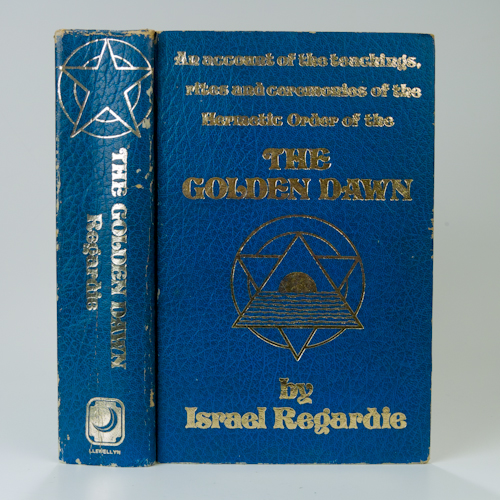 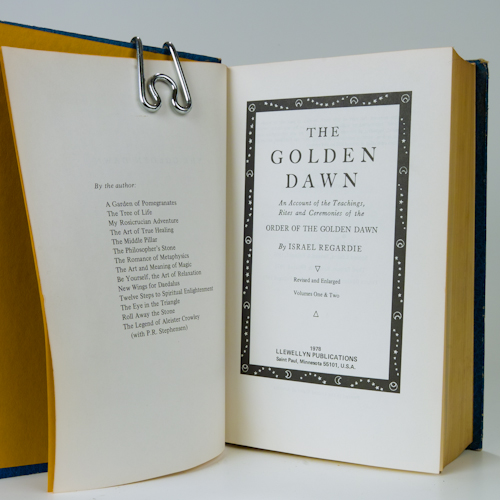 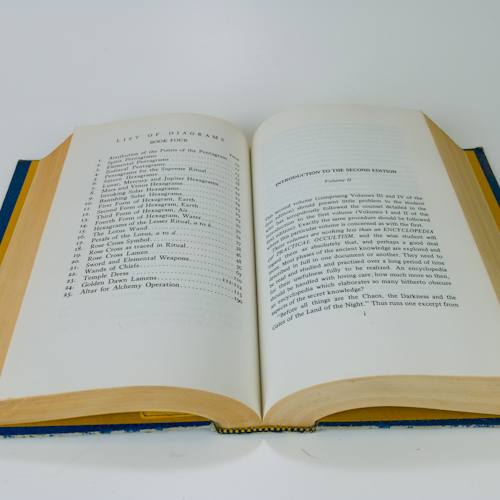 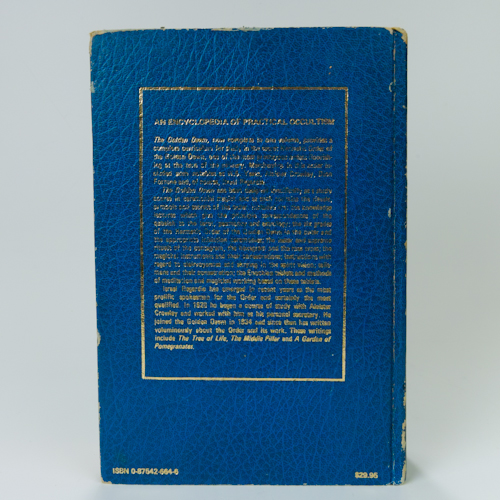 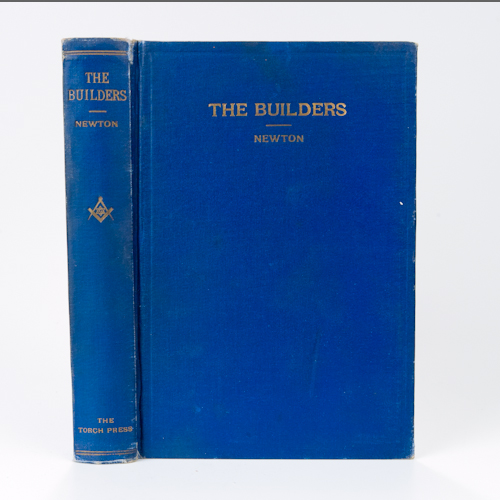 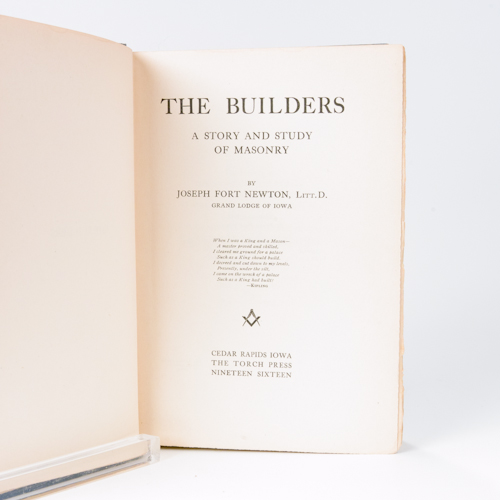 Written in 1916, it was undertaken to answer a personal quest the author made at the time of his raising in the Order. He wished to produce a book that would communicate antecedents of Masonry, the development, philosophy, mission, and ideal. “The book was commissioned by the Grand Lodge of Iowa, approved by that Grand body, and presented to each man upon whom the degree of Master Mason” was conferred within that Grand Jurisdiction.

There is no dedication marking, although it appears well used. It does have intermittent “pink” transparent highlights within the pages of this 317 page publication. 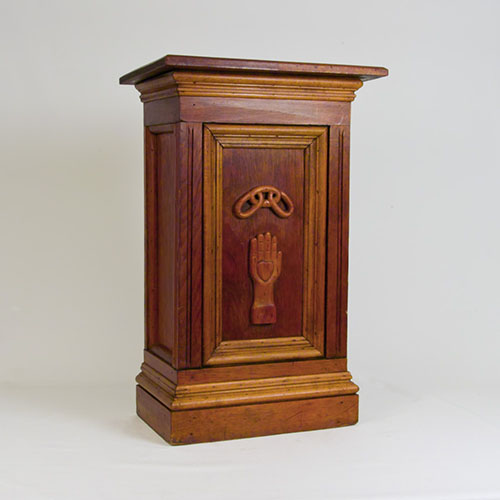 This old Odd Fellows lectern or stand, with carved relief symbols, is the perfect height to display a favorite object or a beautiful fern. We purchased it in the 80s from an antique dealer in Lebanon, Ohio who was a collector of secret society relics and oddities.The warmth of the honey toned stained oak and perhaps some yellow pine detail glows. It also has character derived from the carved symbols particularly the heart and hand suggesting its original use at an Odd Fellows lodge.