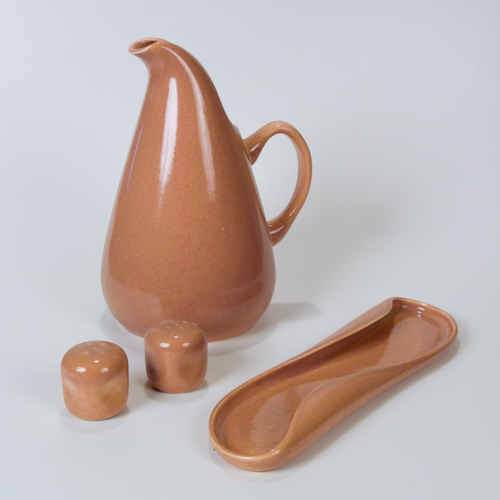 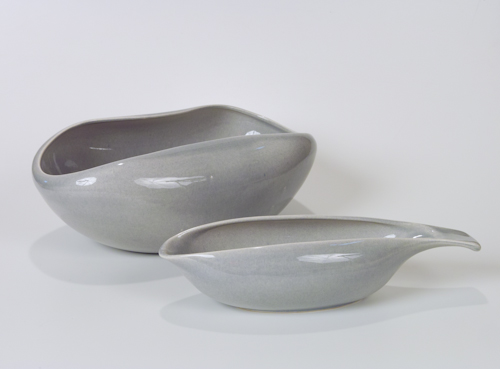 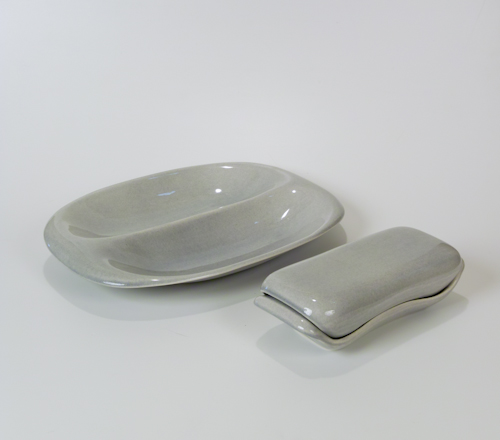 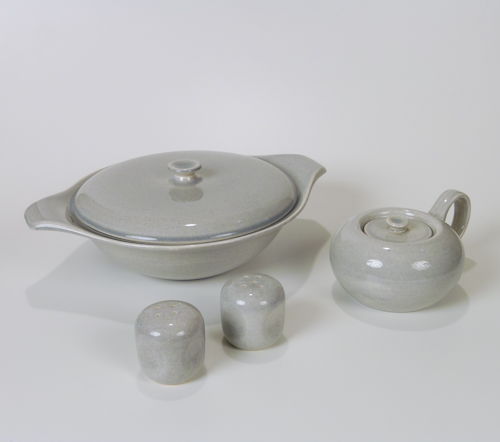 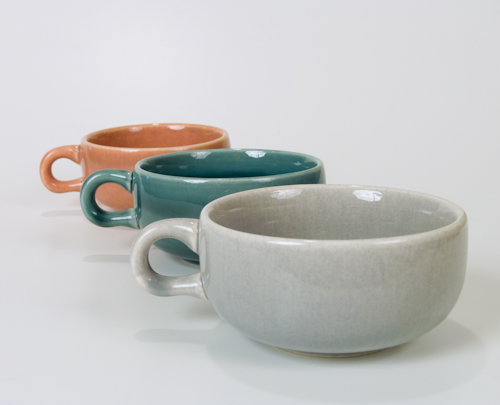 American artist and 20th century industrial designer Russel Wright’s (b. 1904- d.1976) earliest art training occurred under Frank Duveneck at the Art Academy of Cincinnati as a high school student. Initially destined for a legal career, he later attended Princeton University but left to pursue work under theatrical set designer Normal Bel Geddes, George Cukor, and others. In 1927, he began his own design firm specializing in theatrical props in New York City.

Russel Wright became a licensed brand phenomenon before the concept was used broadly by more than a small group of manufacturers of consumer goods including G.E. or the automotive industry’s big three: Ford, Chrysler, G.M. Now, brands are also identified with other descriptions such as “awareness” and “image.” His trademarked signature appeared on all the various products associated with his name.

Russel Wright espoused that “good design is for everyone.” He was said to believe that the “table was the center of the home” and designed lifestyles with not only his ceramic and spun aluminum tableware but architectural, landscape, furniture and textile designs. His designs were not only practical but simple, as were his contemporaries’, during the design period which occurred during the 1930s, 1940s and 1950s known as Modernism.

Among his numerous collaborations to produce his designs, his relationship with Steubenville, an Ohio ceramics company, to produce his “American Modern” dinnerware is noteworthy. The design, produced between 1939 and 1959, is the most widely sold American ceramic dinnerware.

Wright later designed many popular lines including his work in Melmac, a melamine resin, and early plastics with various manufacturers. His “Residential” dinnerware line received the Museum of Modern Art “Good Design Award” in 1953.

His company, Russel Wright Studios, has offices in New York and California, as sole licensors of Wright’s industrial designs and products for corporate and public clients. Mention of the re-issue of pieces from the “American Modern” line now produced by Bauer Pottery, may be found in publications such as now defunct Bon Appetite, as well as Dwell, Metropolitan Home, and other lifestyle magazines.

Our collection consists of over 70 curvy, sleek pieces from the “American Modern” line which includes not only those photographed but other highly sought after examples in Granite Grey, Sea Foam Blue, and Coral colors.