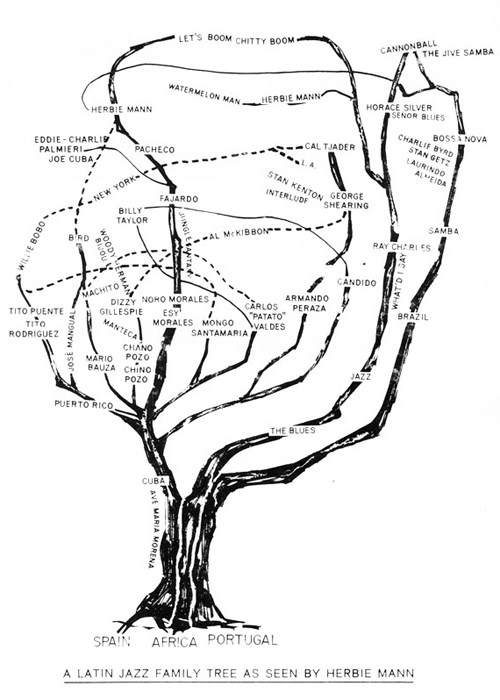 Among the many jazz albums in our private collection Latin Mann by Herbie Mann as arranged and conducted by Oliver Nelson. It relates the story of Latin Jazz citing the many influences from afro to bossa, to the blues. It includes this encyclopedic reference: Latin, adj. 1) of or relating to Latium or its people, the Latins, or the language used by the Romans or Latins 2) designating the peoples (French, Italian, Spanish, etc.) or countries whose languages and cultures are descended from the Latin. As Leonard Feather, jazz historian stated in the liner notes, “the jazz musicians and musical forms that can trace their ancestry back to Latium are a fast multiplying breed.”

As Mann wrote, “every tune in this album has some relationship to the story of the gradual blending of Afro-Cuban music and American jazz.” The musicians include Mann, Jimmy Heath on tenor sax, Carmel Jones on trumpet, Chick Corea on piano, Dave Pike on the vibes, other talents too numerous to mention. Thematically Latin, the tunes include Senor Blues, Watermelon Man, The Jive Samba, … all arranged by Oliver Nelson a modern master.

And check out the “family” tree as depicted by Herbie Mann; dig it!